Welcome to the Conejo Orchid Society

Jim  has been growing orchids for over 20 years. Over that time his interests have revolved around Phalaenopsis and other Vandaceous species along with Habenaria. He has been breeding orchids for over 10 years with a particular interest in exploring the genetics of various Phalaenopsis species in simple hybrids (primary and near primary) with a goal of bringing fragrance back into standard hybrids. Until recently he has grown most of his plants under lights. Aside from those that can grow outdoors in his coastal California environment his plants reside in a greenhouse.

Jim purchased his first Habenaria at the Greater Lansing Show from Natt’s Orchids in the mid-2000s. It was labeled “Habenaria rhodocheila Pink Form” and had an amazing clove fragrance. While several people said it would be impossible to grow, it flourished (and is still alive!). Jim will discuss taxonomy, culture, and breeding in Habenaria. While having a reputation for being difficult (they really aren’t) the colors and forms of the various species and hybrids make them a rewarding and intriguing group of orchids to grow.

There will be a plant raffle following Jim's presentation and q&a.

Due to the Covid situation, all meetings are currently being held virtually using Zoom.  Sessions are limited to COS members and invited guests.

Q&A and informal discussions are held after the speaker’s presentation.

Barbecue and raffle. All in attendance get a free plant.

After the tours, a fantastic barbecue

All in attendance will receive a plant. 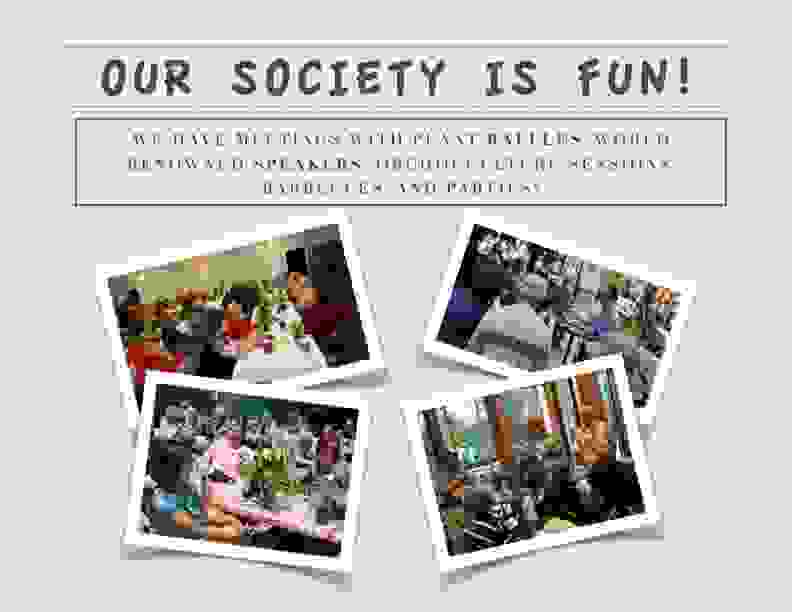 Hello COS Members and Visitors…

The objectives of the COS shall be to stimulate an interest in the collection, culture and appreciation of orchids; to foster and encourage culture, growing, hybridization and preservation of native and hybrid orchids; to disseminate information by exhibits, lectures and publications.

The Conejo Orchid Society (COS) was formed to provide a setting where orchid devotees could meet to share their enthusiasm and knowledge, assist one another with orchid culture, and learn from guest experts. What we all have in common is a love of orchids and a desire for orchid knowledge.

Members are encouraged to bring their blooming plants for display and judging. In addition there are refreshments, and a raffle of beautfiul plants at each meeting.